Detailed Guide to ICON (ICX) Staking And Voting: How Things Do Exactly Work?

Very often, the technical part of the staking process in many projects is not well described, therefore we decided to make a short guide on how to start staking and voting on the ICON blockchain. In this material, we’ll describe in a detailed way all necessary steps that are required to stake your cryptocurrency or vote when there’s such a need. 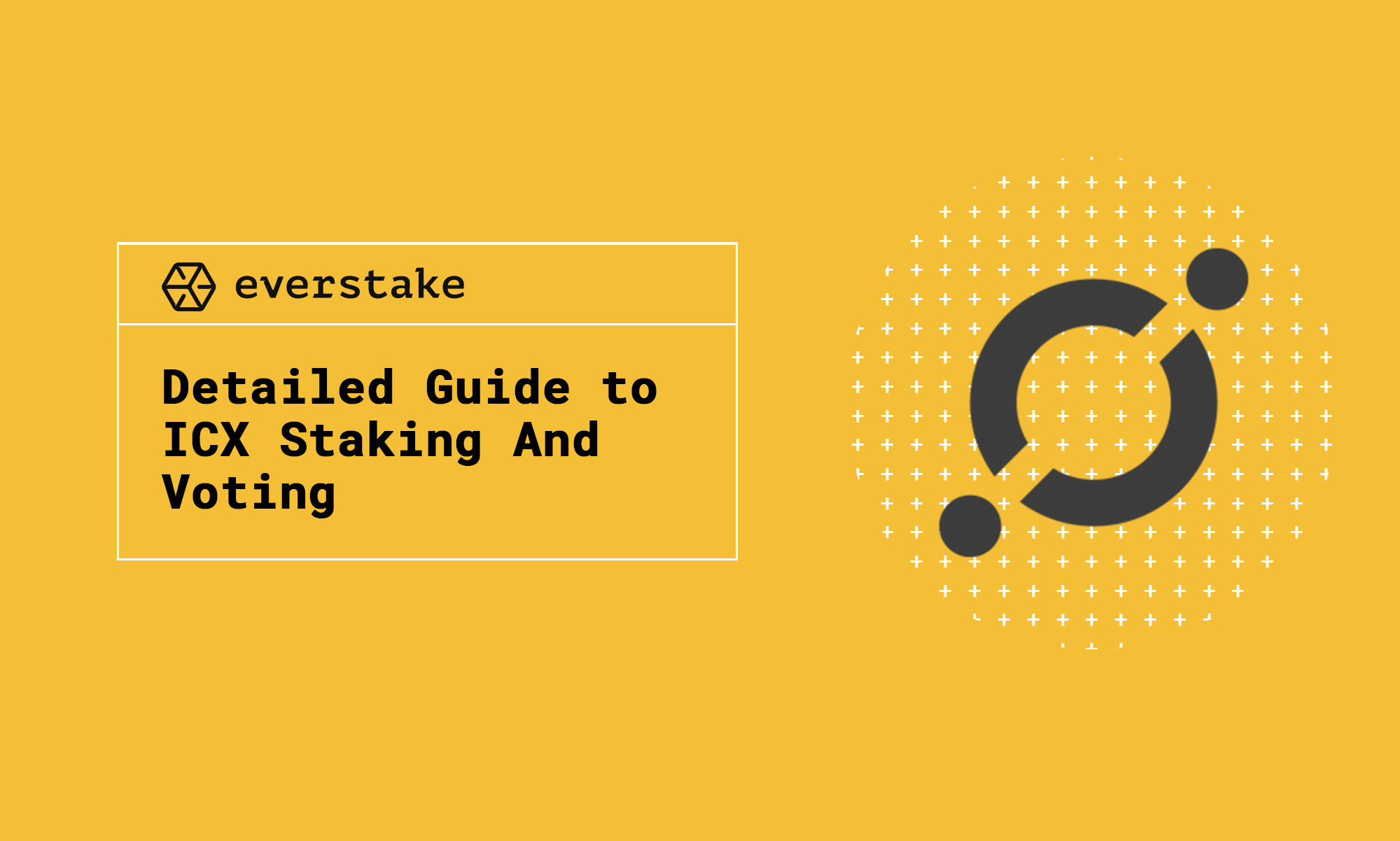 First of all, you have to install the ICON wallet, which is available on the iOS and Android, and also it comes as a Google Chrome extension, and it can be downloaded on the chrome web store. Once installed, you have a few options to choose from: 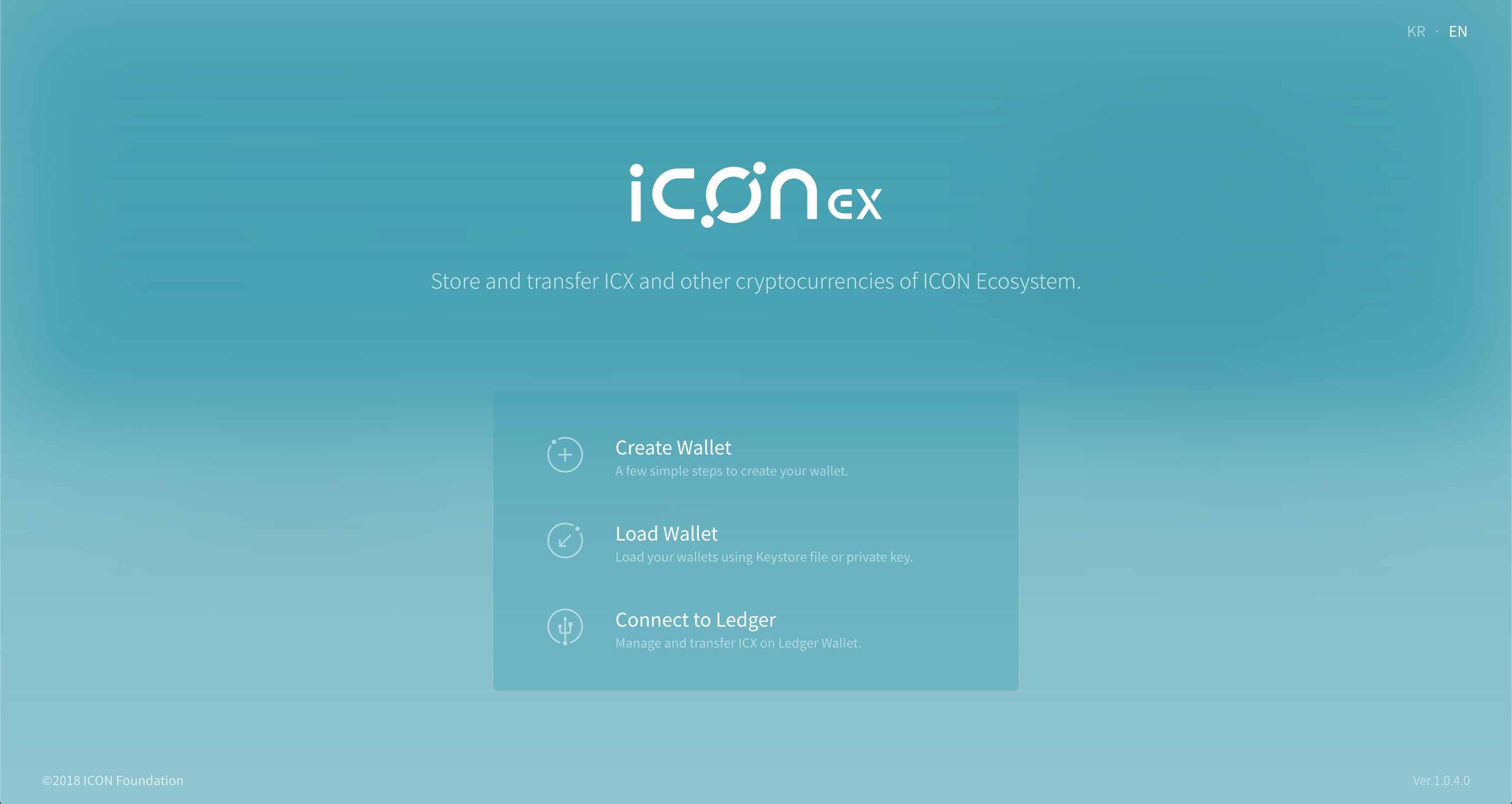 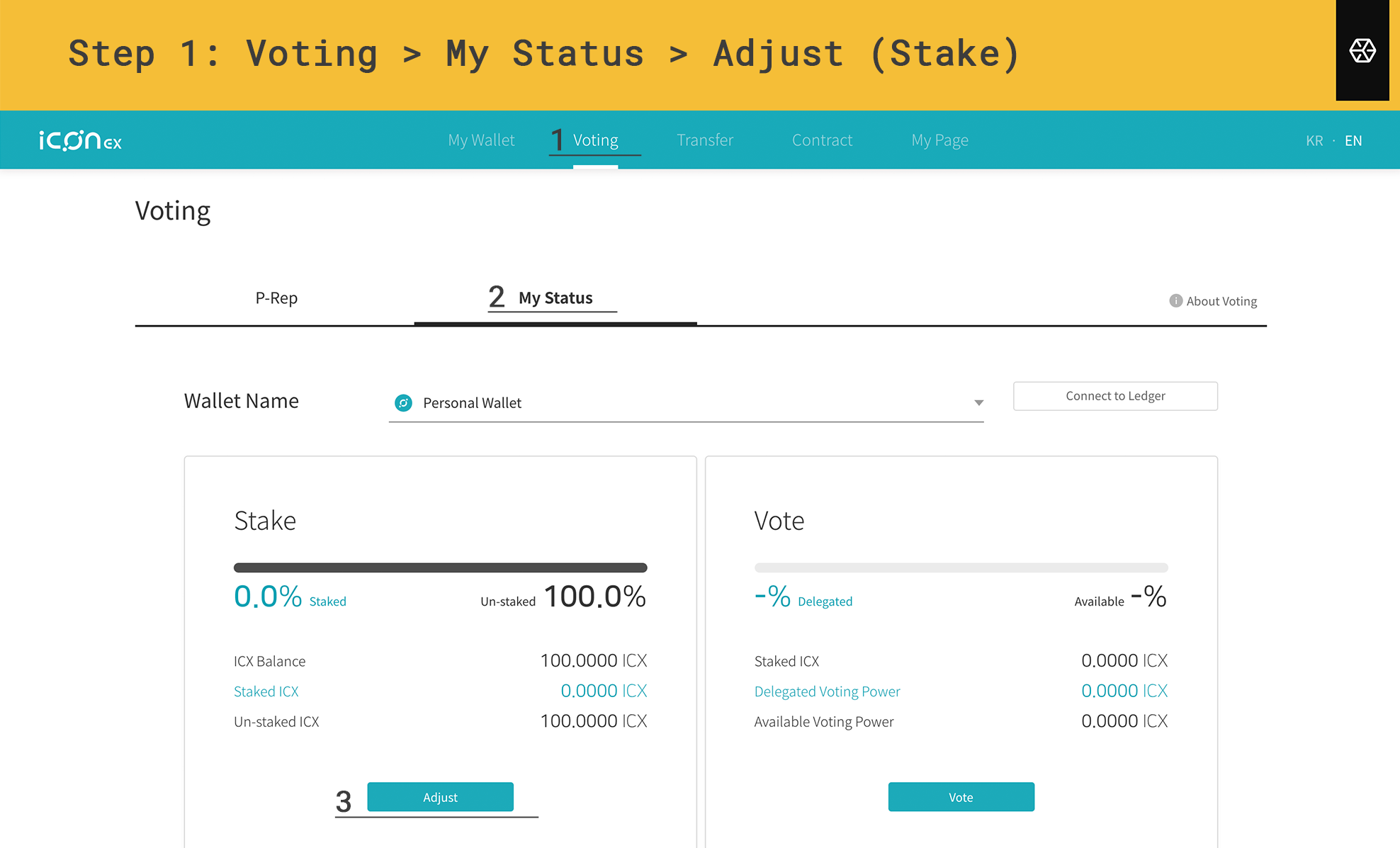 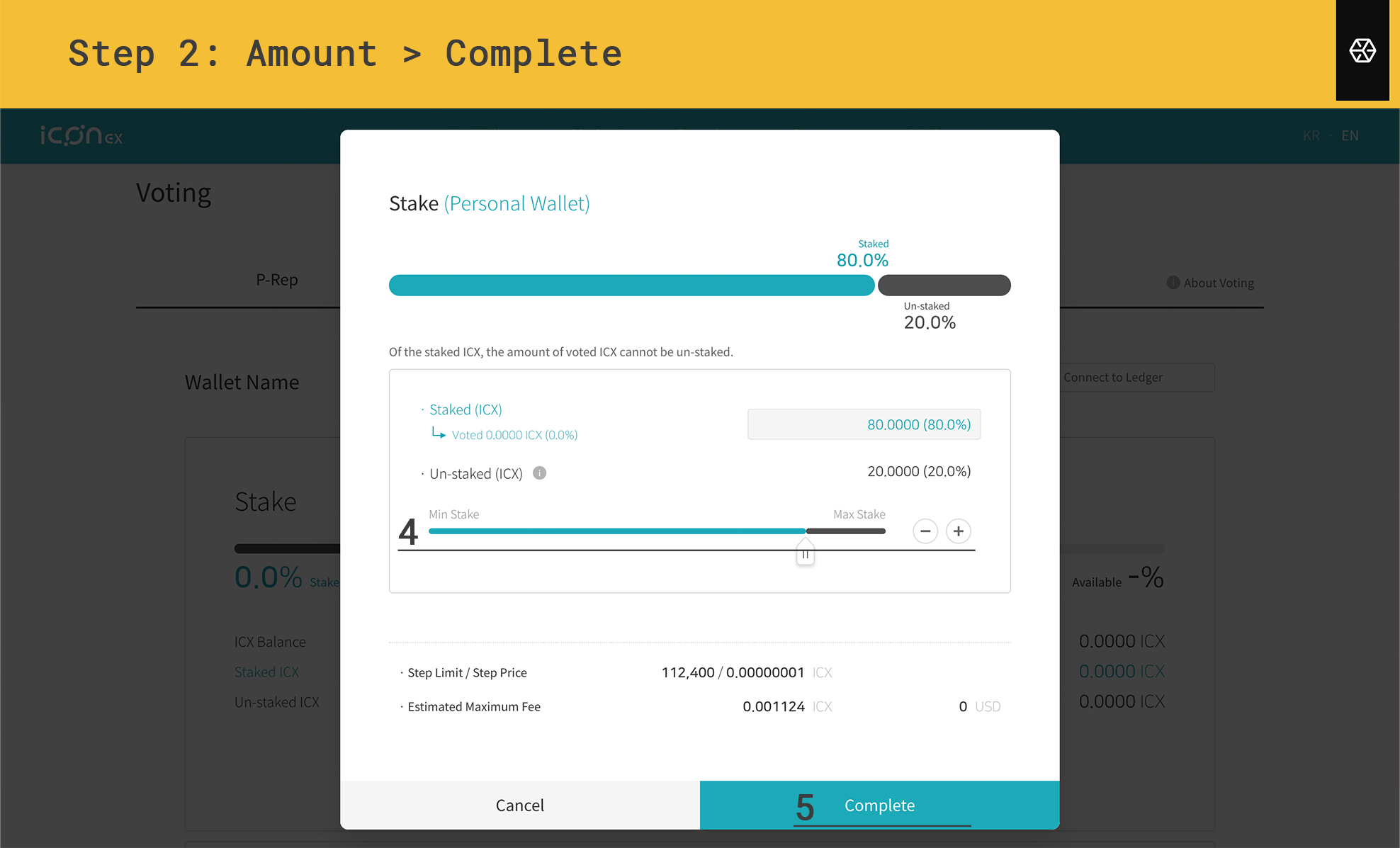 It’s important to mention that the staked ICX can be used to vote for P-Reps. Back to the “Voting” tab on the top toolbar, then click on “My Status,” choose your Wallet Name and click Vote. 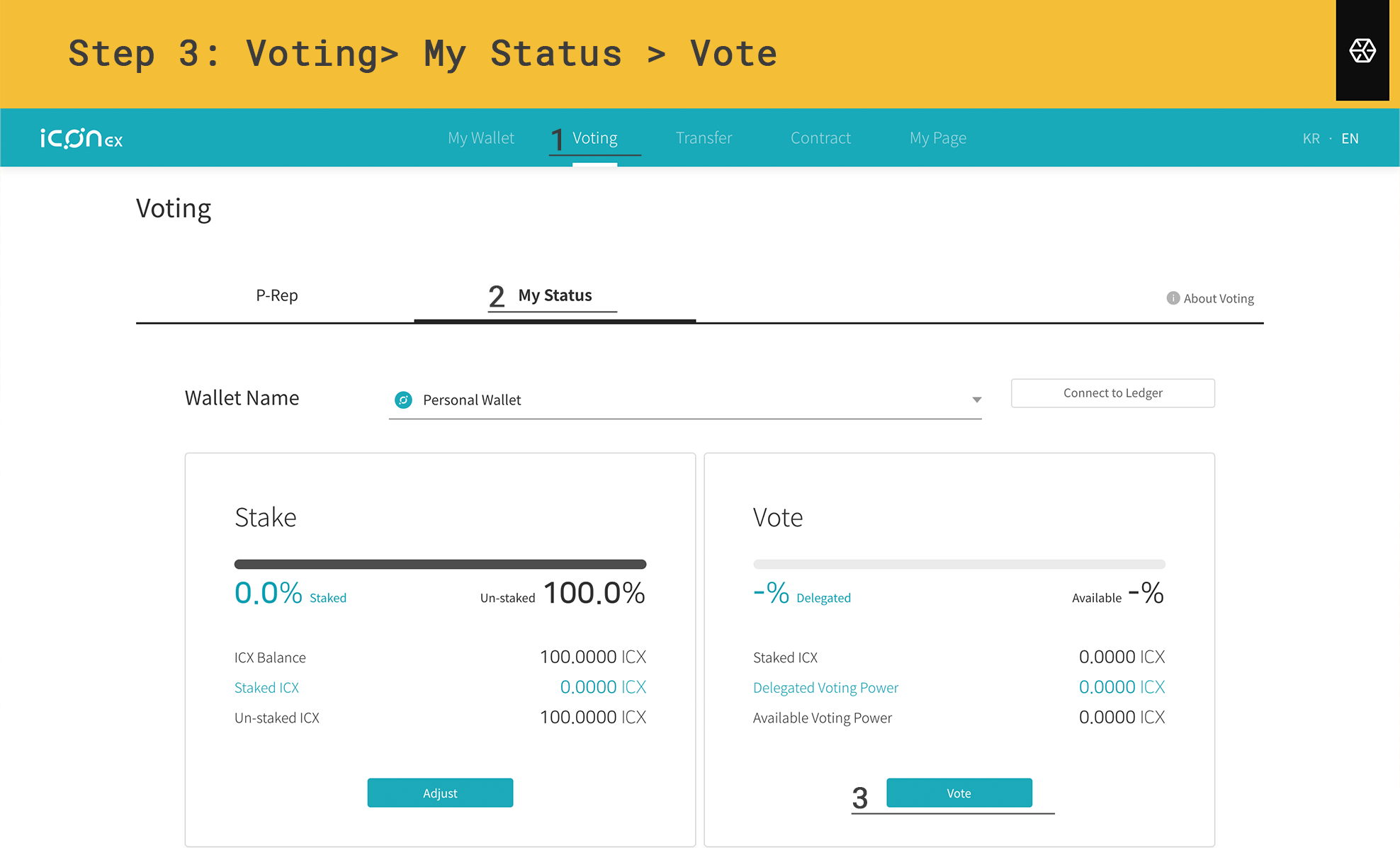 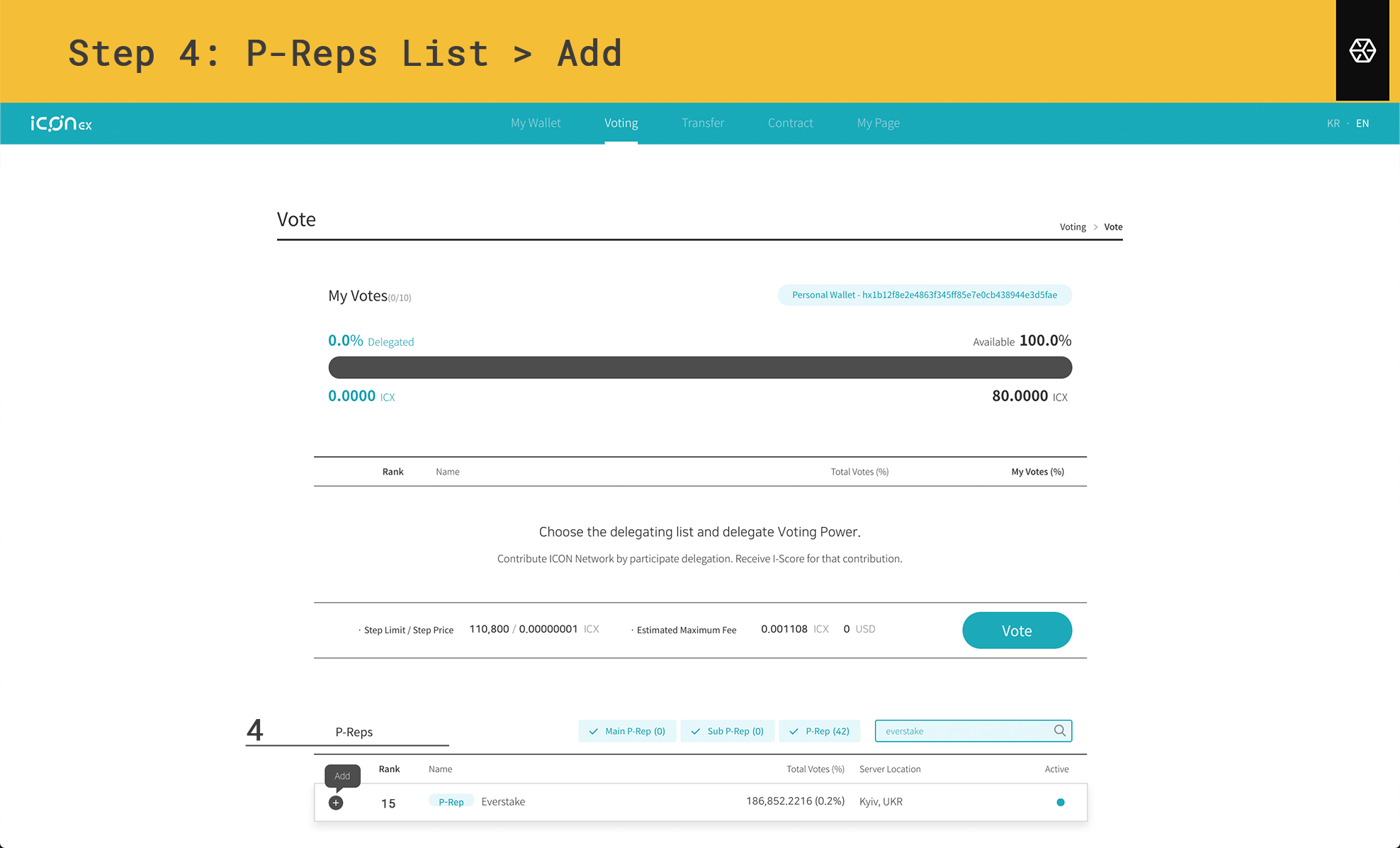 You can find a P-Rep using a search bar. For choosing Everstake just find it in a search and push "+"button. 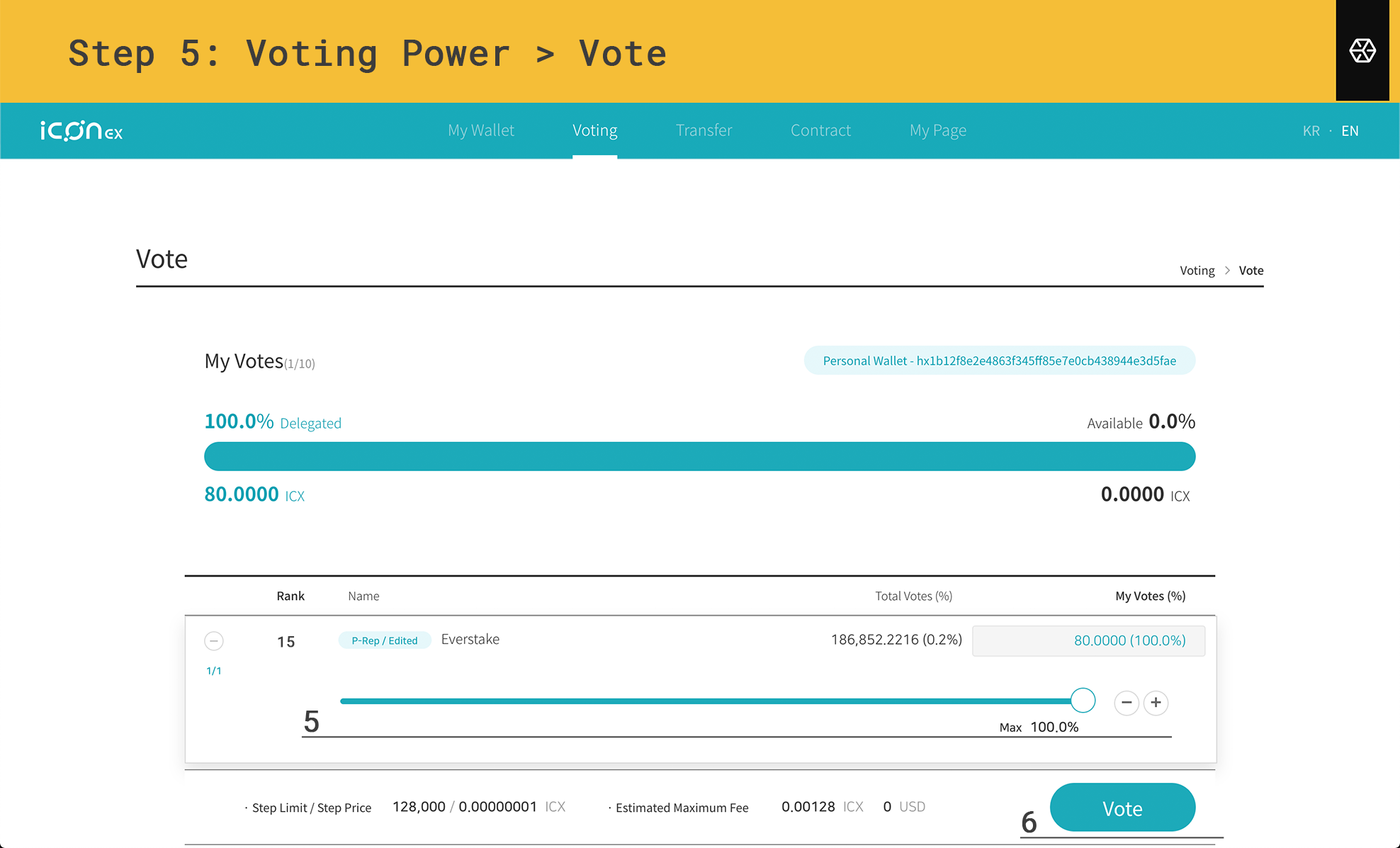 And that's all! You have completed staking and voting.

Staking is a concept of an alternative mining process on the Proof-of-Stake (PoS) blockchains, which allows cryptocurrency holders to lock up their digital assets for a certain period of time in exchange for rewards that they constantly get over time proportionally to the amount of staked cryptocurrency. Everyone who participates in the staking, delegates their cryptocurrency to different Validators who run validating nodes which in the end confirm transactions on the network.

Public Representatives or P-Reps are the entities on the ICON blockchain that get elected by the community, so that they could represent certain interests of the majority and govern the network by proposing and voting for different policies. It’s also important to mention that Public Representatives are running validating nodes that process transactions on the network and participating in block producing.

What are the dates of ICX staking?

Staking process on the ICON blockchain can be divided into two separate events:

During the first phase, network participants are getting involved in the pre-voting process, which requires to stake ICX tokens via the ICONex Wallet, and after they have successfully staked their cryptocurrency, the voting process for P-Rep candidates begins. When this event takes place, the ICON Foundation distributes a certain amount of the ICX tokens as a reward for participation. The size of the reward depends on the proportion of staked cryptocurrency on the network. Usually, around 3,000,000 of ICX is distributed.

In a month, the second phase of the ICX staking process starts, where Public Representatives(P-Reps) are chosen by the community to participate in the validation and block producing. It’s important to note, that 22 Public Representatives are elected by the network, and in order to become one of them, the Representative should have at least 0.2% of the total ICX supply voted for him.

Usually, voters can have annual rewards that vary in the range of 6% to 36%, and the amount of distributed rewards depends on the number of staked ICX tokens on the network. So, in case there’s a small amount of staked tokens, then network participants will receive higher rewards, and once the number of staked ICX grows, then users will receive smaller rewards. Network participants are getting rewards in I-Score, which allows claiming a certain number of ICX from the Public Treasury.

Staking rewards are subject to change, and by the end of 2019 or in 2020, ICON Foundation is planning to release EEP and DApp delegation processes, which will require all network participants to stake ICX tokens with such types of the network entities as: P-Reps, DApps, EEPs in order to receive complete amount of rewards that range between 6% and 36%. In case a user decides to vote only for one type of the network entity, he will be getting from 2% to 12% in annual rewards.

What’s the ROI for staking?

According to our research, in case 50% of the circulating supply of the ICX is staked, then the estimated annual return on investment is 15.7%.

Is there a minimum amount that I can stake?

At the moment, there are no requirements for a minimum staking amount.

How long should I wait to restake with another P-Rep?

At any time you can easily switch to other P-Rep candidate and move your stake, so the lock-up period doesn’t restrict you from doing that.

What is the unstaking period?

As it was mentioned earlier, it depends on the amount of ICX tokens that are currently staked on the network. But usually, it takes from 5 to 20 days to have ICX tokens unstaked.

Do I have any control over my staked ICX tokens?

You have always control over your staked ICX tokens, but in case you decide to interrupt the staking process, aborting the lock-up period, then you become the subject to 6% burn penalty. But it happens only if P-Rep that you have staking with is not an active participant, then he will be penalized by the network. So penalties occur when the P-Rep’s block producing rate decreases below 85%. Moreover, if the P-Rep was detected while conducting network disrupting activities, then he will be penalized as well, so it very important to choose a well-known P-Rep with high reputation.

What’s the reason for staking?

First and most important, you will be receiving more ICX tokens for staking. On top of that, you will be able to vote for P-Reps improving network governance and stability.

How can I stake?

In order to start staking, you have to install the Google Chrome Extension called the ICONex Wallet, which is available on the iOS, Android, and Ledger Wallets.

What are the staking risks?

In case you have staked ICX with a P-Rep who was penalized, then 6% of the total amount of staked coins gets burned. But usually, these situations happen rarely, and if you vote for a P-Rep who has a good reputation, then there’s no need to worry much.

The penalty mechanism consists of three scenarios where P-Reps can get penalized for inappropriate behavior, and those are Low Productivity Penalty, Disqualification Penalty, and Validation Penalty. These chastisements play a vital role in the stability of the network, but if anyone crosses these lines, then they incur a 6% token burn out of the total amount of staked cryptocurrency.

Is it possible to stake for multiple P-Reps?

Anyone is capable of staking with as many P-Reps as they want, and it’s strongly recommended to stake with multiple P-Reps so that the network can stay decentralized and more healthy.

Is there a way to avoid staking risks?

In order to lower risks associated with the staking process, it’s recommended to stake cryptocurrency with more than 5 P-Reps. For example, if you spread your stake across 20 P-Reps, then in case you incur a penalty, you will lose only 0.06% of the stake.

Where can I get detailed information about P-Reps?

More detailed information regarding the P-Reps can be found on the official ICON’s community website.

Is it a good strategy to stake only with one P-Rep?

Every P-Rep has different setups in terms of hardware, security systems, network capacities, maintenance, and different resources at their disposal. We recommend doing your own research which should be based on P-Rep’s technical capabilities, social activity such as participation and support of the ICON project, core team, stake size, and reputatio

What losses do I incur if the node that I’ve staked with is down?

In case the node you staked with isn’t operational anymore, then you won’t be penalized until the downtime rate plunges below 85%. Furthermore, you won’t be getting any rewards until the node gets back online.

Everstake is one of the ICON P-reps! Please support us with your vote!
Every single vote matters for us, allowing us to continue developing tools for ICON blockchain and supporting the East European community.