What is ESDT in the Elrond blockchain: a simple explanation

Elrond develops a high-performance, scalable and secure blockchain platform that unites decentralized applications (DApps) into a single network. In this article, we will talk about the ESDT standard that Elrond developed for creating tokens based on the platform.

The Elrond network is divided into shards that can conduct transactions among themselves. This means that inter-shard interaction will also be available for user tokens since the protocol will support ESDT transaction processing mechanisms.

The platform guarantees that user tokens will be as fast as $eGLD. Developers will be able to fully use the main principle of the Elrond platform, known as Speed, Cost & Scalability. 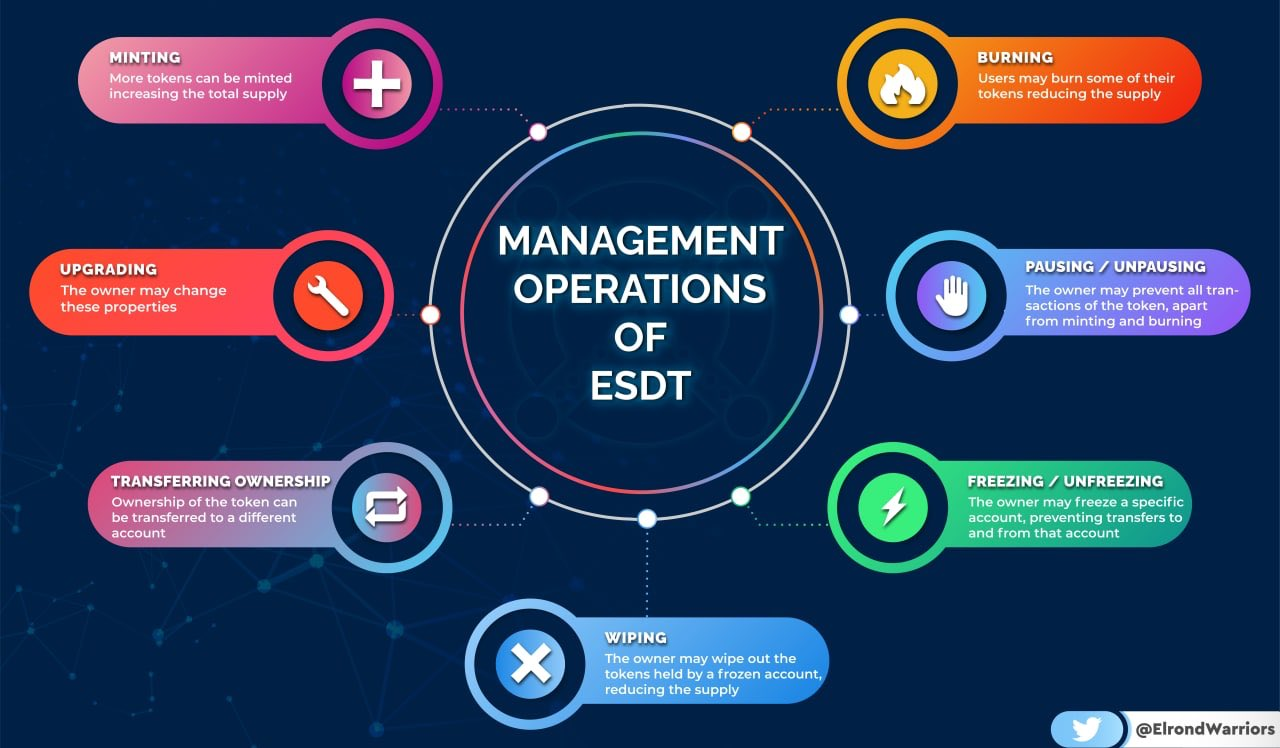 The original image was taken from ElrondWarriors

Users who keep $eGLD in their wallet can also own an unlimited number of ESDT tokens, which will be an addition to the main cryptocurrency of the Elrond platform. What features will be available to token holders:

But the main feature of ESDT is that the same functionality is available both to individual Elrond wallets and token creators’ smart contracts. This means that both SCs creators and users can mint, freeze, and burn tokens. You may start creating your own token on a public testnet right away!

This article describes the basic ESDT features for ordinary users. If you want to learn more about Elrond, you can access the detailed documentation from the Elrond developers via this link.

Subscribe to the Everstake blog, where we publish useful articles and guides about PoS cryptocurrencies.