The development of decentralized blockchain applications (dApps) is usually a complex process that requires a long time and high costs. In addition, you have to spend a lot of effort to ensure the reliable security of blockchain applications. But there are new platforms on the market that solve this problem, allowing you to quickly and easily create secure, productive dApps. One of these platforms will be discussed in today’s review.

Near is a secure, decentralized platform for creating blockchain-based dApps that can manage digital assets and identity. According to the protocol developers, the application can be deployed in just a few minutes. The main mission of the Near project is to make the development, use, and maintenance of useful DApps as simple and fast as possible. Thus Near will facilitate community-driven innovation and enable it to benefit people around the world.

The project partners include major players in the blockchain industry: Coinbase Custody, ChainLink (LINK), Aave (LEND), Balancer (BAL), Ledger, Portis, Trust Wallet, OKEx, and many others. The full list of partners is astonishing. This indicates a high level of attention to the project. 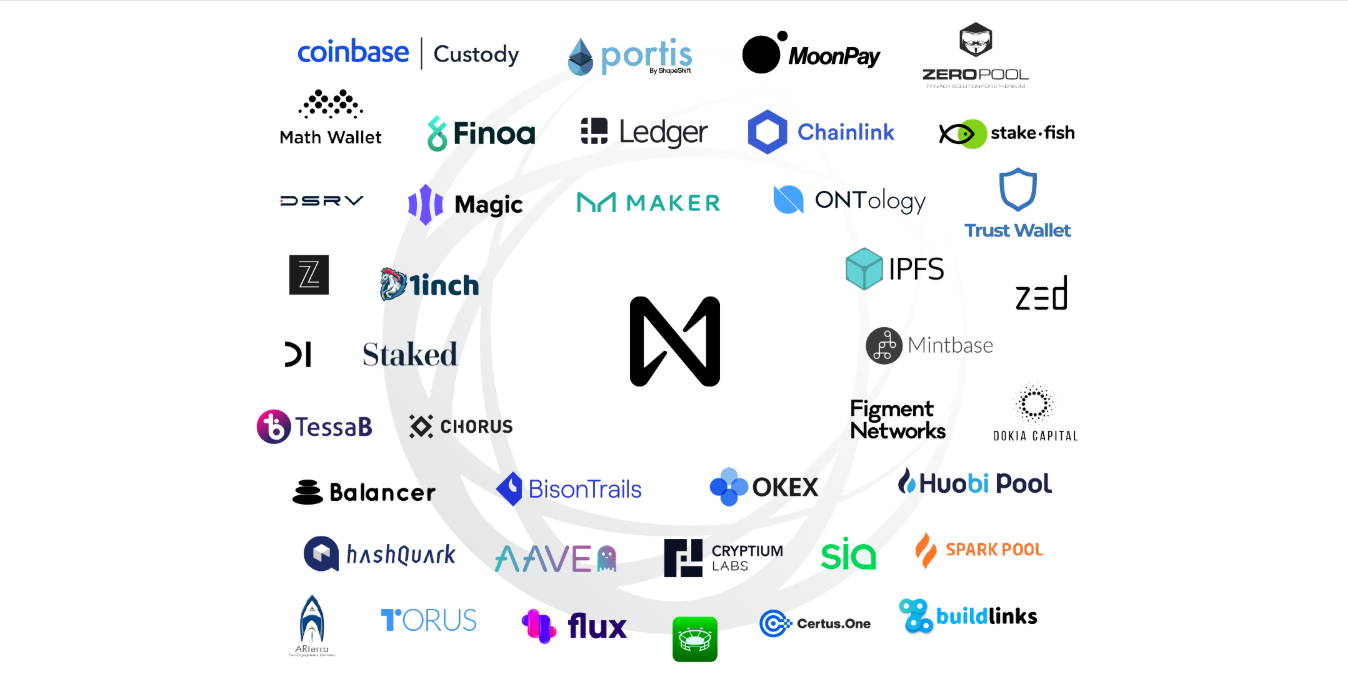 The Near platform advantages

How the Near Blockchain works

The Near Protocol solves one of the main problems of blockchain applications- poor scalability. Many dApps use the Ethereum platform, as a result of which the network is loaded with transactions, and the fee for them reaches several dollars. This makes microtransactions unavailable to users.

Near uses blockchain sharding to increase network scalability and serve millions of users at a time. Each individual shard includes many transactions that are validated by validators. Many projects have tried to create a sharded blockchain network, but the Near platform has become one of the few that has succeeded.

In addition, Near facilitates interchain communication — a special bridge, called Rainbow Bridge, was created to connect Ethereum and NEAR blockchains. There is no need for developers to choose between Ethereum and Near — they can have the same asset on both blockchains and even develop DApps that seamlessly interact with both blockchains.

Validators receive remuneration for the network support in NEAR tokens. They use their own resources to power the network, maintaining its health and ensuring high performance.

The platform has developed a new PoS mechanism that guarantees the correct distribution of transactions between validators, thus making an attack on the network difficult to access and economically unprofitable. The Near ecosystem includes three types of validators:

Details of the NEAR token

The token sale was completed on August 25. The sale generated a tremendous amount of interest within the broader community and > $30M commitments were made. The tokens have not yet been released on the exchange. The Near team warns that any claims of token sales from third parties are fraudulent.

Everstake has already launched a node in the Near blockchain, so users will be able to stake their NEAR tokens and receive passive income very soon.

Subscribe to find out when Near token staking will be launched by Everstake!