Every journey starts with a thought, and great solutions are molded when new ideas get completely crystallized. We can definitely say that the #EETH was one of the most anticipating and productive technical blockchain events in Eastern Europe, which was visited by more than 150 developers and specialists from different tech industries.

The Everstake team has invested significant efforts to organize this event, bringing Tezos technology closer to developers in Eastern European regions. It was a pleasure to host such a hackathon in Kyiv, Ukraine, that allowed many teams to gain new experiences, as well as developing useful solutions that will boost Tezos technology adoption. 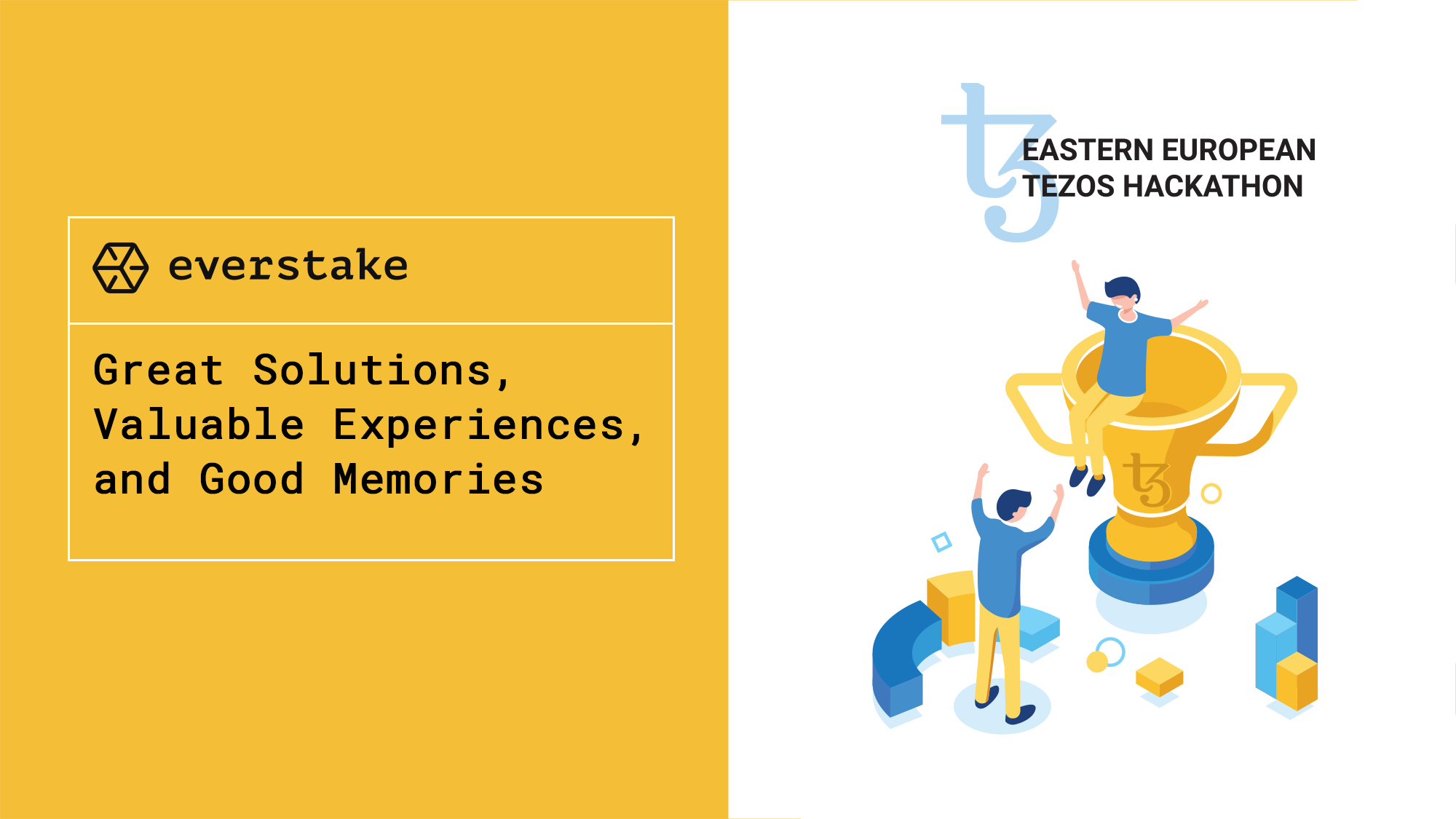 The first day of the event was filled with a variety of different workshops and discussions regarding the NFT token standard and Tezos ecosystem. Serghei Vasylchuk, the CEO of the Everstake, gave an opening speech at the very beginning of the event, motivating all participants to be creative and persistent when inventing new products. The hackathon was organized by such companies as Everstake, Bake’n’Rolls, and sponsored by TQTezos and Tezos Commons.

All participating teams were assisted by mentors from Attic Lab, Stove Labs, Baking Bad, and Heatherglade who expressed deep commitment helping in complex technical problems during the event. Mentors from Stove Labs Matej Sima and Istvan Deak have made an introduction into such tools as LIGO, Granary and Stove Labs SDK. And mentors from Baking Bad have presented the PyTezos Library and a useful tool called Better Call Dev Smart Contract Explorer.

This set of tools has significantly helped teams in development process, allowing them to reach their goals during the hackathon. By the end of the first day, participants were discussing the Tezos Technology and networking with each other until the late evening. In the morning of the second day, participants have successfully formed 15 teams, and later on, they have presented ideas and ways how they are planning to implement them using Tezos technology. It was incredible to see how teams were coming up with entirely different products they wanted to create, and almost all of them presented value for Tezos ecosystem. All participants were given 24 hours to develop their solutions and present them on the third day to the jury.

Mentors from all companies have significantly helped teams on the event with technical issues that they were stumbling upon. By the end of the second day, some teams were able to finish working on their MVPs, and for the rest of the evening, they prepared presentations. 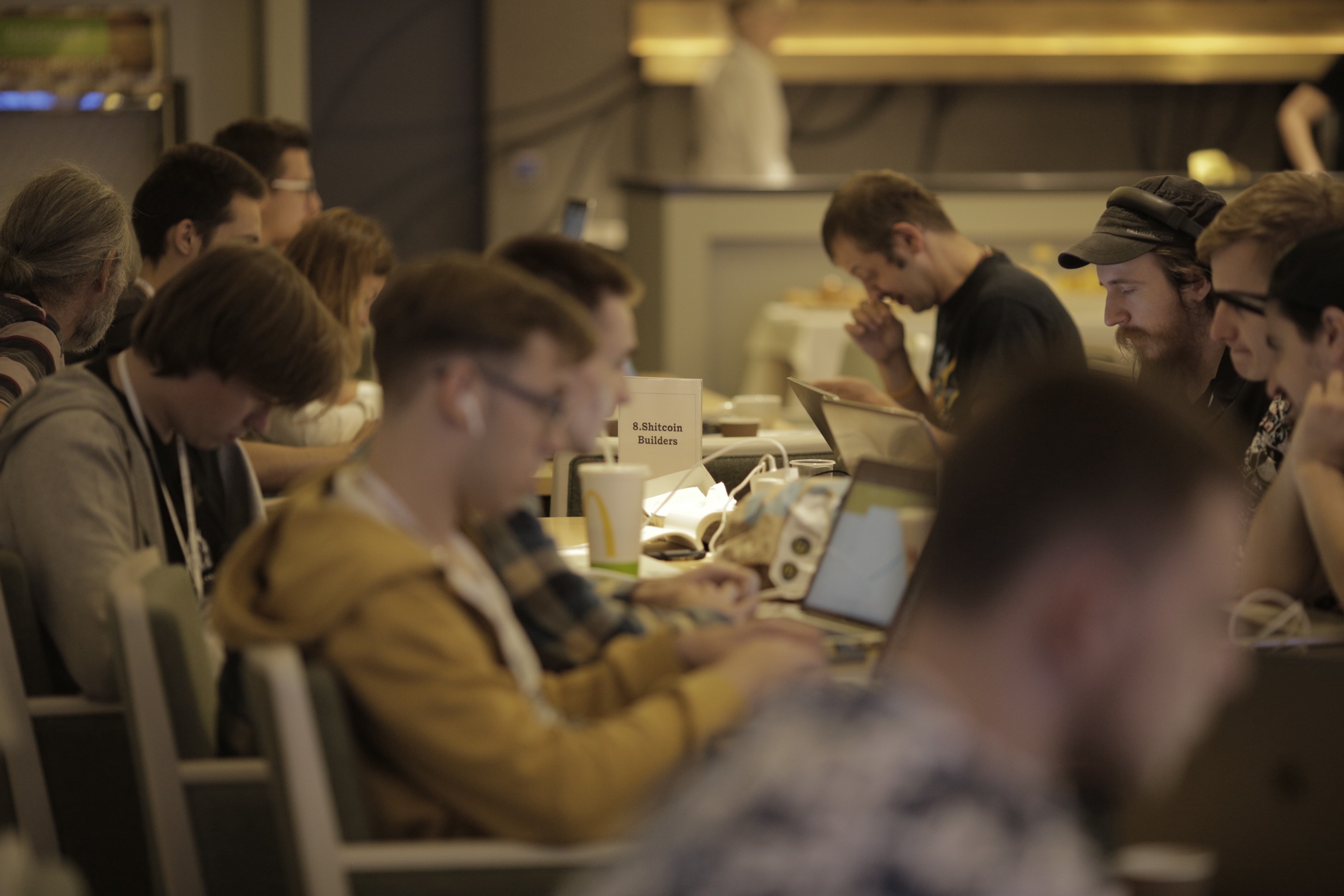 It can be definitely said that the last day of the hackathon was the most intensive in terms of preparations and development. Teams had only a few hours since the morning to finish their solutions and start pitching their products to the audience. At the same time on 3 PM EET, the Everstake and Bake’n’Rolls social media teams have launched the poll to define the winner of the Audience Choice Award based on the projects descriptions and their actual products. Eventually, the Blaize team has presented a multi-functional platform for NFT tokens exchange and was able to take the Audience Choice Award, winning a $1,000 in the end.

On 4 PM EET teams started pitching their solutions to the jury, presenting amazing products that they were able to come up with during 24 hours sprint. Besides the winners, there also were a couple of teams that developed unique services, and we’d like to emphasize them:

But of course, the winners have presented the most profound solutions that should improve the Tezos technology adoption:

We didn’t forget about other participating teams, and so following these links below you can find teams’ photographs and project presentations. As it was said before, great events attract bright minds, and the First Eastern European Tezos Hackathon was one of the most influential events in the blockchain field in Kyiv, Ukraine. Participating teams showed in-depth knowledge of the blockchain technology and applied unconventional approaches in development. We at Everstake and Bake’n’Rolls are happy to host the Tezos Hackathon for the first time, and also we want to express our gratitude towards such sponsors as TQ Tezos and Tezos Commons for helping in organizing the event.

Everstake is one of the most reputable bakers in Tezos technology, and at the moment we are open for delegation of Tezos and a variety of other PoS cryptocurrencies. Our company plans to support further the Tezos Community, and also we’ll continue organizing other meetups as well as hackathons in Kyiv, Ukraine. The solid foundation was laid a few days ago, and we’ll continue helping with all our resources to boost the Tezos technology adoption all across the globe.